The Grand Dominion Jazz Band came together in 1982 as the musical vision of Vancouver banjoist Mike Cox, immigrant to Canada from Wales, who was steeped in the music of the New Orleans revivalist musicians such as George Lewis, Bunk Johnson, Kid Ory, Baby Dodds and others. Mike and his expatriate friends in Vancouver had grown up in the UK listening to Ken Colyer, Chris Barber , Humphrey Lyttelton, and others on the trad jazz scene. Mike decided to put a band of like-minded players together from both sides of the Canada - US border, a band that embodied all the rough-and-ready, hard-driving, ensemble playing characteristics of the revivalist bands. For two weekend concerts, July 16 - 17th, 1982, Mike assembled members of three Pacific Northwestern bands to play two concert dances at the Hot Jazz Club in Vancouver.

The band just clicked, and has been going ever since.

Inevitably there have been changes over the years and the band has seen the coming and going of some wonderful musicians and friends.

There are still three of the original members in the band – leader and piano player Bob Pelland, Gerry Green and Jim Armstrong. The newest member of the band is Clint Baker, a great asset, as his love and knowledge of the music helps the band continue to 'Keep The Spirit Alive'.

For a more detailed history of the band click here: (Just Jazz article)

The band has been exceptionally stable over the years but when ill health or other priorities come up there has been a need to finds subs. We have been very fortunate to have had many of traditional jazz's top players help us out, among them are, on trumpet/cornet, Tony Pringle, Duke Heitger, Bob Erwig, Marc Caperone, on reeds, Brian Ogilvy, Jim Buchman, Tom Sharpsteen, Steve Wright, on drums, Trevor Richards, Colin Bowden, Hal Smith. Jay Hansen. Throughout the life of the band, nobody has ever substituted for Bob Pelland (piano). Bob gets extra credit for perfect attendance.

For many years Bob has been a central figure among band leaders and musicians in the Northwest traditional jazz scene. Retired from his own business building machinery for the lumber industry, Bob was one of the early board members of the Puget Sound Traditional Jazz Society and, for many years, leader of the Rainier Jazz Band. Now, when not playing or taking care of GDJB business, he plays for the Vancouver Classic Jazz Band and often substitutes in other bands. Bob cut his musical teeth playing with dance bands in the American Legions and VFW and Grange Halls of the Skagit Valley region around Mount Vernon, Washington. Since July 2002 Bob and his wife Mary live on Camano Island WA, an idyllic, out of the way spot. In his spare time (such as it is), Bob also manages to orchestrate and cook exceptional gourmet meals for family and friends. Bob and Mary have two children and twin grandchildren.

Clint and his wife Alisa and their twins Ramona and Riley live in San Bruno CA, where Alisa is involved in radio broadcasting. Clint is a multi-instrumentalist, including trumpet, trombone, reeds, drums, string bass and banjo/guitar. Quite possibly there are several others I have overlooked. Clint has subbed with Grand Dominion over time on all of the foregoing instruments, but is now taking over the trumpet chair following the retirement of Bob Jackson. Clint has led a number of his own bands and also currently plays string bass with The Hot Club of San Francisco and tuba with the Yerba Buena Stompers. He leads a regular Friday night session at the Cafe Borrone in Menlo Park CA, where the band has played since 1990!

Jim, whose passions include cats, rugby, and steam locomotives, is a multi-talented musician and a fine tenor vocalist. The return of Bob Jackson to the band in March 2005 and then Clint Baker in 2009 allowed Jim to revert to trombone, his original instrument.

Originally from Belfast, Northern Ireland, Jim immigrated to Canada in the 60s to find new opportunities in teaching and music. Jim is also a member of CanUS, based in Victoria, BC. Now retired from teaching, Jim and wife Vicki have put down roots in White Rock a pleasant suburb of Vancouver B.C.

Gerry emigrated to Canada from England in 1967 and now lives in Burnaby, an eastern suburb of Vancouver. Gerry started playing in the UK during the "trad" boom' of the early 60s, introduced to the style by Barry Martyn, well-known drummer and authority on traditional New Orleans music.

Since retiring from the advertising/design business in 2005 Gerry has spent more time playing the music he loves. An original member of Grand Dominion since 1982, he also plays with his own quintet – The Crescent City Shaker's a new band on the local scene, and over the years has played with many other local bands and musicians in the UK and North America.

Bill Dixon, was born in London, England. During the British 'Trad' boom of the late 1950s and early 60s. Bill played with several bands including those of Dick Charlesworth and Kenny Ball. He emigrated to Canada in 1971 and has since gigged alongside GDJB alumni Gerry Green, Bob Pelland, Mike Duffy and Mike Cox, as well as Bob Erwig and Simon Stribling.

Since Bill retired from pharmaceutical sales in 2005, he and his wife Chris have had more time to enjoy their favourite hobby, traveling. They live in White Rock, very close to the U.S. border which allows them convenient access to their second favourite hobby, that of sampling the products of the excellent microbreweries of the Pacific Northwest!

Since starting his musical career at the tender age of two, Jeff's long association with the music of New Orleans and Swing drumming make him ideally suited to be a member of Grand Dominion with its unique swinging trad style. Citing influences like Cie Frazier, Minor 'Ram'Hall and 'Big' Sid Catlett among others, Jeff's musical style and sensitivity to what the rest of the band is doing, produces much excitement and drive in the band. An accomplished pianist as well as drummer, we recently discovered he's no slouch on trombone either. Jeff is the consummate musician; he and Barbara live in Hercules, CA, a little way north of Oakland.

Grand Dominion’s newest member, although this is not a new experience for the band as Bill has subbed with us on several occasions in the past. He has the unenviable task of replacing Mike Fay, our bass player of 13 years, and carrying on the tradition started by Mike Duffy. Bill brings his propulsive bass playing style and energy to Grand Dominion - a rich texture heavily influenced by Mike Fay, one of his mentors. A dedicated rhythm player, Bill not only plays bass but also plays tuba, banjo, guitar and piano. In 1979 Bill became a founder of the San Joaquin Dixieland Jazz Society in Stockton California and successfully ran many multi-day jazz festivals sponsored by the Society.

Bill has lead the Port City Jazz Band since the early 1970's and has been an influential musician in the Bay Area for the past four decades. Bill lives with his wife Shane in Crockett, a quiet little town just outside of Berkeley CA.

Grand Dominion Jazz Band has had the pleasure of recording numerous CDs over the years. Feel free to sample a track from each CD by pressing the speaker button. You can also purchase our CDs by filling out this order form and mailing it to us. 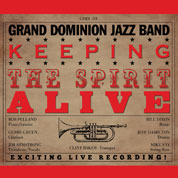 One Sweet Letter From You, Hesitatin' Blues, Buona Sera, Jerusalem Blues, Should I Reveal, Careless Love, Just A Closer Walk With Thee, Willie The Weeper, Breeze, Lead Me Savior, It's A Long Way To Tipperary, I Wasn't Gonna Tell Nobody, Minor Drag, I'll See You In My Dreams 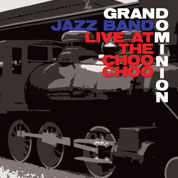 Live At The Choo Choo 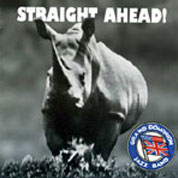 When You and I Were Young Maggie, Feel So Good, Does Jesus Care, You Broke Your Promise, Tomorrow Night, Get Out Of Here And Go On Home, Tishomingo Blues, Salty Dog, Sleepy Time Gal, My Bucket's Got A Hole In It, Water From An Ancient Well, Chicken Ain't Nothing But A Bird, Gravier Street Blues, Tiger Rag 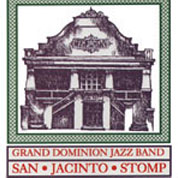 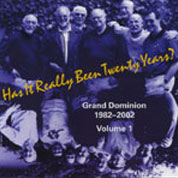 Bouncing Around, A Rose In A Garden of Weeds, Mountain Top Blues, Mary Wore a Golden Chain, The White Cliffs of Dover, The Skeleton in the Closet, Jerusalem Blues, Big Mamou, Moose March, My Buddy, I'll Fly Away, Thriller Rag, Lights Out, Oh How I Miss You Tonight 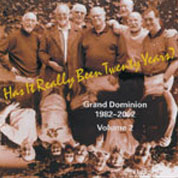 Underneath Hawaiian Skies, That Rhythm Man, Keep Your Hand On The Plow, Put 'Em Down Blues, Roll Along Prairie Moon, Down In Jungle Town, Si Tu Vois Ma Mere, Just Once Again, Delia's Gone, Paramount On Parade Theme Song, Hushabye, Too Busy, Short Dress Gal, It Looks Like A Big Time Tonight, I Love You Samantha 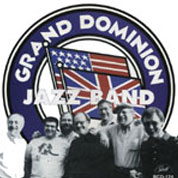 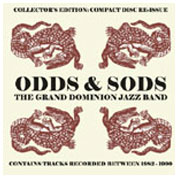 Band Photos – some old, some new.